This weekend there are several Golden Bears playing for the most prestigious titles in both high school and college volleyball.

The NCAA tournament kicks off this weekend, with 4th-ranked and 7th-seeded Cal hosting matches Friday and Saturday in Haas Pavilion. Led by Golden Bear alum and National Player-of-the-Year candidate Tarah Murrey, the Bears take on Utah State at 7:00 p.m. on Friday. The winner of that match and North Carolina vs. Mississippi play Saturday at 6:00 p.m.

Get ready for a weekend of exciting volleyball, good luck to all. 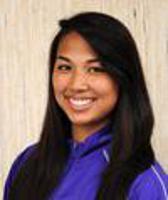 Tolenada garnered All-CCAA accolades for the second year in a row after earning second-team honors and Freshman of the Year distinction in 2009, while Kurfess and Oswald netted their first career all-conference awards.

Tolenada topped the CCAA during the regular season with average of 10.68 assists per set (1,186 total) and led SF State with 36 service aces and 12 doubles-doubles (assists-digs). She also ranked second on the squad with an average of 2.49 digs per set (276 total) and finished third with 29 total blocks. In addition, Tolenada surpassed the 50-assist plateau in nine matches, including career highs of 62 helpers and 22 digs in an upset of then-No. 11 UC San Diego at home on Sept. 18. In the regular-season finale against Chico State on Nov. 13, she matched her personal-best assist total, giving her 2,440 helpers for her career, which ranks third in school history.

The game that senior middle blocker Ariell Cooke plays while on the court describes her personality off the court perfectly.

Cooke is one of the most consistent players on the court; she doesn’t take a lot of risks, and she attacks with pure power but blocks with everything to defend her teammates and the scoreboard.

A California native, Cooke knew what she liked from an early age and never questioned how or why she liked mathematics and architecture so young.

Whether in the classroom or on the court, Cooke was never influenced by others’ thoughts or views. Cooke does anything and everything she can to always be where she needs to be.

Whenever the ball comes screaming across the net from opponents, you can bet Cooke will slap a piece of it at the least.

“Ariell is really stepping up her game and his a big part of our team,” sair junior outside hitter Christine Williamson during a WVUM post-game inteview.

But off the court she holds a cumulative 3.0 GPA in UM’s renowned School of Architecture. Choosing architecture as a major was undoubtedly the best decision for her; both her parents are engineers, math is a bona fide hobby and she never backs down to challenges.

But what really sealed the deal for Cooke was a fifth grade camp at Juliet Morgan’s summer architecture program. Cooke was assigned to sketch her parents’ dream home and she fell in love with the practice.

“I really liked interiors and kitchens, which is kind of odd for a kid,” Cooke said. “I was always into arts and I liked math, so I just figured why not architecture?”

Even though Cooke is a student-athlete, which takes most of her time, she still seeks out fun and enjoyment from a wide array of places.

In her off time, Cooke loves movies, going to plays, attending on-campus events and watching other sports like basketball and football. When Cooke laces up her volleyball shoes and warms up, she listens to everything from hip-hop to Christian rap while getting ready for a match.

“[Ariell] is a great person,” head coach Nicole Lantagne Welch said. “She is all about putting the team first and she worked really hard during her career and it’s great to see her emerging as a confident exceptional player in her senior year.”

Because she is in the architecture program, she will be on campus next season for her fifth year at UM. After this season, however, Cooke feels like she is ready to be done playing volleyball competitively once her last goal is complete: the Olympics.

She plans on assisting the team next year, but her highlight will be trying out for the U.S. volleyball Olympic team.

“I tried out my freshman year and didn’t make it,” Cooke said. “Senior year you can ask the school to try out; I think I will do it again.”

Cooke is always looking ahead whether she is on the volleyball court or working on schoolwork or any other aspect of life. After she graduates it would be a safe bet to count on her success and hard work taking her even further than she has gone so far.

WALNUT CREEK, Calif. – California volleyball junior outside hitter Tarah Murrey was named Pac-10 Player of the Week for the week of Sept. 27-Oct. 3, Commissioner Larry Scott announced today (Oct. 4). It is Murrey’s first such honor but is the 27th time that a Golden Bear has been selected for the weekly award.

Murrey helped guide Cal to two wins over the weekend as the Bears swept Oregon and Oregon State to secure the second-longest winning streak in school history and remain one of just two undefeated teams in the country. Only the 2003 squad claims a longer streak as it opened the season with a 16-0 record.

The El Cerrito, Calif. native averaged 6.25 points per set and put up 1.33 blocks per set to go with a team-high 5.17 kills per set through the two matches. Murrey logged 16 kills and a .351 attack rate as the Bears swept a previously undefeated and then No. 11-ranked Oregon team. She also added a season-high five blocks against the Ducks. In the 3-0 win over Oregon State, Murrey led all players with 15 kills for a .314 hitting percentage and had three blocks. She had a service ace in each match and maintained her stronghold among the top 10 attackers in the Pac-10 with her efficient outings. 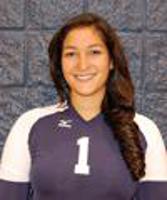